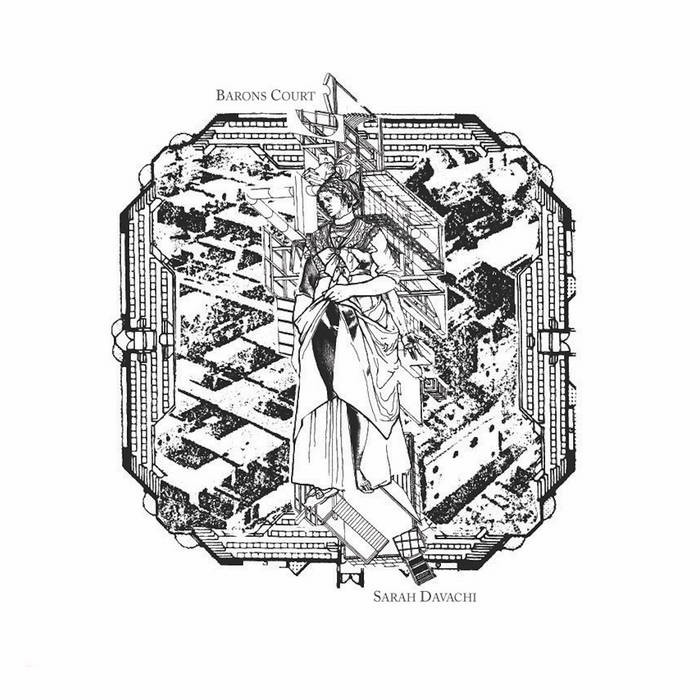 The Means to an End

'Barons Court' is the debut full length album by Canadian electroacoustic composer Sarah Davachi, following short run releases on Important Records’ Cassauna imprint and Full Spectrum. Trained at Mills College, Davachi’s work marries an academic approach to synthesis and live instrumentation with a preternatural attunement to timbre, pacing, and atmosphere. While the record employs a number of vintage and legendary synthesizers, including Buchla’s 200 and Music Easel, an EMS Synthi, and Sequential Circuits' Prophet 5, Davachi’s approach to her craft here is much more in line with the longform textural minimalism of Eliane Radigue than it is with the hyper-dense modular pyrotechnics of the majority of her synthesist contemporaries. Three of the album’s five compositions feature acoustic instrumentation (cello, flute, harmonium, oboe, and viola, played by Davachi and others) which is situated alongside a battery of keyboards and synths and emphasizes the composerly aspect of her work. “heliotrope” slowly billows into being with a low, keeling drone that is gradually married to an assortment of sympathetic, aurally complex sounds to yield a rich fantasia of beat frequencies and overtones. Later, “wood green” opens almost inaudibly, with lovely eddies of subtly modulating synth clouds evolving effortlessly into something much larger, as comforting and familiar as it is expansive. In an era in which the synthesizer inarguably dominates the topography of experimental music, Davachi’s work stands alone - distinctive, patient, and beautiful.