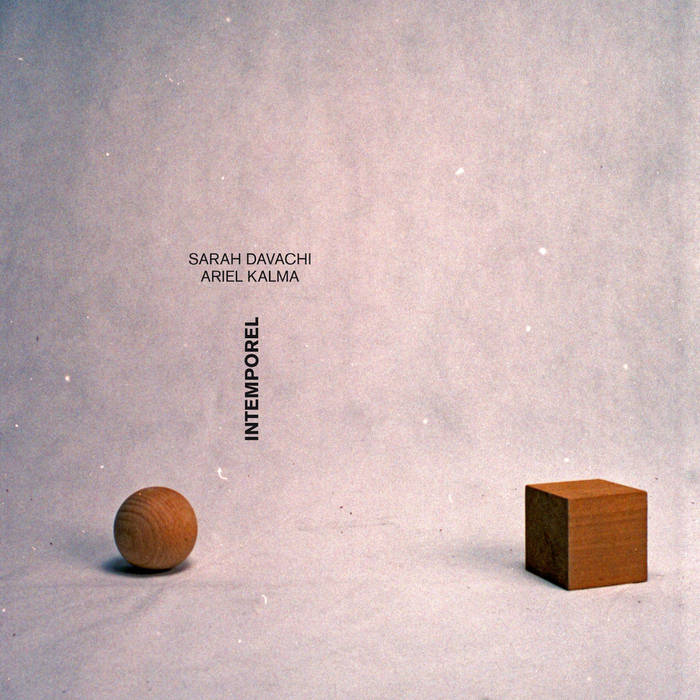 From Soundohm:
If there is a single feature that makes the context of experimental music so exciting, it is arguably the willingness of artists to freely converse and collaborate. This is made all that much more thrilling when it transpires across the generations. The first LP in Black Sweat’s latest batch is one such case - two heavyweights, often occupying very different positions in the musical landscape, with births separated by decades, finding common ground and voice. Neither Sarah Davachi or Ariel Kalma need introduction. Davachi, a Canadian born and Los Angeles based composer, has, over the last few years, been a rising star in the world of experimental music - an artist of rare talent and vision, whose work - notable for its deployment of acoustic organs and analog synthesizers, has become almost impossible to ignore. Kalma is one of the great figures of French ambient music, working, over the course of his decades long career, at the vanguard of electronics at Groupe de Recherches Musicales, before pushing endlessly forward, blending the traditions of Indian Classical music, minimalism, and notions of sound as healing force, into some of the most remarkable gestures of the New Age movement. Unsurprisingly, joining forces, this duo has created something remarkable.

Intemporel is the perfect title for Davachi and Kalma’s collaboration. Stretching across two sides and six discrete works, it is an album which defies location and time. Its sounds, drifting toward vast expanses of space, remain placeable and unplaceable, doubling as advocation for the true virtues of collaboration. Each artist has seemingly been liberated by the other’s voice - cast into wild new waters, taking the listener along, without loosing the self. Enabled and activated. Free. Neither is mistakable, each bringing deep, singular understanding, laying a distinct imprint upon each emerging piece. Yet the totality appears unlike either’s solo efforts. Built from the long tones of saxophone, tampura drones, wildly varied structures uttered by synths, harmonium and the Tibetan bells, the image of something fundamental and ancient merges with a music which entirely of this moment.

If the cosmos was calling - abstract, open, ordered and unkept, this might be the sound. Intemporel, the bridge between two brilliant voices - entirely singular within their respective generation, joined in an almost utopian celebration of creativity and conversation, is an overwhelming beautiful piece of work. Immersive, joyous, and challenging in ways that take time to emerge, it’s hard to find words for how excited we are for this one. A perfect proof for how exciting the realm of experimental music remains. Absolutely essential. This one shouldn’t be missed!